THIS GOVERNMENT MUST BAN LIVE CATTLE EXPORTS TO INDONESIA IMMEDIATELY

Posted by Lorne Johnson at 7:19 PM No comments: 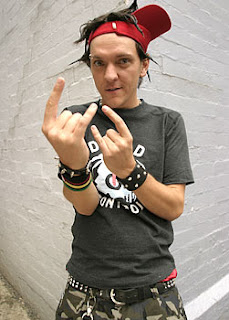 Chris Lilley is a super-gifted actor, writer, director etc. We Can Be Heroes was jaw-droppingly rich and imaginative. We'd never really seen such fresh and bizarre characters on our screens before. Lilley gave us characters who were compelling because they were riddled with narcissism (except good old Pat Mullins) and a real lack of empathy for others. Summer Heights High followed in much the same manner - more narcissistic people, more drama. It was a roaring success. I liked it less than WCBH. Perhaps the school teacher in me (seventeen years full time and counting) was jarred too much by Jonah.
With these two arresting series, Lilley seemed to be telling us Australia was full of losers, but losers we should care for, or, at least pity. I think. Was he also saying Australians needed to stop and reassess themselves? Was he saying Australians were in trouble? Was he just, to echo Ricky Gervais, "havin' a laugh"? Who will know.
His new thing, Angry Boys (backed by HBO), which I was eagerly awaiting, is waring. I so wanted to be hooked in by it. I'm bored by the many references to penises and testicles and scatology and bestiality. I wish S.Mouse would just shut up. Gran doesn't do much for me. I don't care about meeting the faux-gay Asian skateboarder. I'm sure there are scores of thirteen year old boys out there guffawing and wheezing at the humour in the show; I've barely laughed. Maybe, I'm showing the fact I'm thirty-nine years of age. I'm not sure whether I'll watch the entire series. I feel I should, oddly, so as to be part of the zeitgeist. What will I get out of lasting the distance?
I guess Lilley wants to polarise, wants to be a dissociative, wants us to cringe and moan. To what end, I ask. What can we learn from his chameleon's dish?
LJ, May 27 2011.
Posted by Lorne Johnson at 5:58 PM No comments:

Sad news about Lionel Rose's passing. Here's a photograph I took a few years ago of a wall poster in inner-city Melbourne - Lionel is sparring with Elvis in Hollywood in the 50s. I love the warmth and energy between the pair. 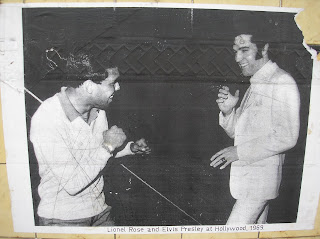 I spent a bit of time as a teenager and twenty-something in the north-western Sydney suburb of North Epping. This was during the late 80s and early 90s. I had some good friends there; there were parties, laughs, drinks, grand days of dreaming and wondering. I walked in the forested edges of the suburb searching for owls and a spirituality often lost in suburbia.
North Epping has always been a still, leafy, expansive suburb filled with big, predicatable homes (that sell for over $800, 000) where wholesome families can live secure lives. It is a place of educated professionals with good money who drive everywhere. Most residents are Roman Catholics. There are a fair number of Hong Kong Chinese, Koreans and Indians in the area. Former Australian prime minister, John Howard, used to be the local member for the district. Everything about North Epping speaks of opportunity, opulence, solace, impeccability, safety and maybe, just maybe, grace.
In 2009, five members of a local Chinese family, the Lins, who owned a Newsagency in Epping, were bashed to death, seemingly as they slept: a mother, a father, two of their three kids (the third child, who attended Cheltenham Girls High School, was in New Calendonia on a school excursion at the time), and the wife's sister. Like so many, I was stunned and sickened when I heard this news.
Yesterday, police arrested the 47 yr old brother-in-law of Mr Lin, a Robert Xie, in connection with the murders. Apparently, he was stoic and didn't resist arrest when the police got him. That seems like the actions of a man who was expecting their arrival; perhaps, a man who knew, one day, his luck would end. Forensics and circumstance were his undoing. The facts are still coming out. What's harrowing, is Robert had taken his niece under his wing since her immediate family's death. He and his wife had also taken over the family's newsagency. They all lived within a kilometre of where the Lin family were executed.
North Epping never seemed a place that would court calculation, morbidity and murder direct from Shakespeare's page.
LJ, May 6 2011.
Posted by Lorne Johnson at 4:19 PM No comments: