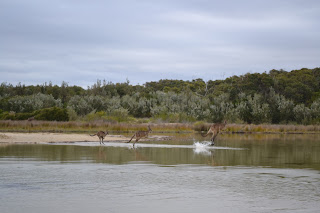 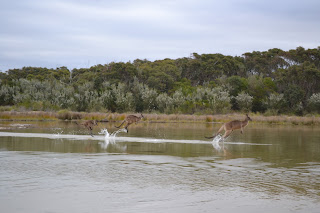 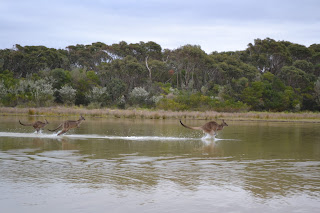 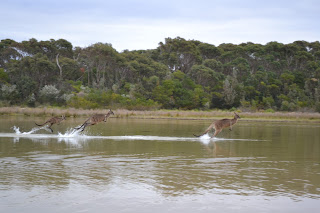 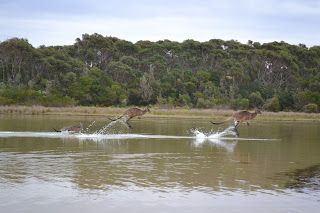 Posted by Lorne Johnson at 2:12 PM No comments:

There was a Blue Whale off Sydney's South Head this afternoon. I would've loved to have seen that. Blue Whales are very rare visitors to Sydney. The Sydney Morning Herald had a few shots of it on their website. I've seen Sperm Whales and Humpbacks before, but never a Blue. I narrowly missed seeing a Killer Whale off Byron Bay about twelve years ago. I still grumble about that.

This blog had received over 10,000 page views since it began in 2008. I've had a small number of readers from America and Russia. How odd. Why? How would I interest a Russian reader? Here's something for them... I love how Putin's been leading young, endangered Siberian Cranes on their migration.

I'm awaiting news from Whitmore Press, the FAW Shoalhaven LA, the Gwen Harwood PP, Page Seventeen & Famous Reporter re. poems I sent them. A poem with FR is on the late, great Adam Cullen. If it doesn't get published, I'll put it up on this blog. Robert Adamson wasn't a fan of the poem I sent him for the Val Vallis. Boohoo.

Hooked in by Eleanor Hogan's Alice Springs, just released by Newsouth. I love The Alice and want to go back. I was last there in 2003, with twenty-five kids and two teachers from Oakhill College in Sydney. We stayed behind gates and wire, close to Heavitree Gap. I was there in mid-2001, too, when poor Joanne Lees and Peter Falconio were Bradley Murdoch's prey. I recall rain and cloud shrouding the ranges and a police identikit image of Murdoch in shopfronts the day after Lees' attempted abduction and Falconio's death. It was a surreal time. There's a lot out there that's grand: The Old Telelgraph Station, ghost gums, Dusky Grasswrens, late afternoon light on red rock and spinifex, the Albert Namatjira Gallery; it does atmosphere so bloody well.

Awaiting the release of The Presets' Pacifica. Their last album, Apocalypso (a nod to the old Mentals track?; probably not), was a tour de force. If Underworld, The Prodigy, Yello, Pitch Black, The Beloved, Coldplay and Pet Shop Boys joined forces, you'd have The Presets. The cover of Pacifica is striking - the lads, bare-footed, with distorted/mangled legs and cuffed wrists, are standing on ocean. Is it a comment on our treatment of asylum seekers, our convict heritage, how passage across the Pacific Ocean can mean so many things? Apparently, some of the album was influenced by John Birmingham's Sydney tome Leviathan. There is no other band in Australia making more interesting music than The Presets. We're lucky to have them.

My god, Go Back To Where You Came From... What do I say? Essential stuff. As was the follow up discussion on Insight. Such a shame it was on SBS and didn't receive the viewers it might have on a more commercial channel. Still, the ratings were high. Let's hope it seriously changes perspectives, even saves lives. Imogen Bailey proved she's a lot more than a very pretty face. And Angry Anderson... he needs his name changed to Big Softy.

Well done to all our Olympians. So what if there wasn't gold everywhere. You have to admire all their dedication, discipline and drive over so many years. I'm no sportsman, so the admiration, perhaps, is doubled. Many media commentators had a field day telling us how bad we went. Typical. Australia defines itself by sport. When we fall short, there's always humiliation, finger pointing, anger. If only we defined ourselves by the way we treated one another or our medical advancements or by the literature we wrote.

Hosting a trivia night at school tonight - all money raised is going to the Childrens' Hospital at Westmead. It's easy to get lost in marking, methodology and morality in a school day. It's terrific to be doing something deeply important.


Posted by Lorne Johnson at 4:43 PM No comments: