After hours of teaching by day, I'm marking Advanced English HSC scripts in the Snakepit (don't think Raiders of the Lost Ark, it's a basketball stadium) at Wollongong by night. We're in the middle of Blade Runner and Frankenstein responses. Anyhow, I drive home via Macquaire Pass, which winds up the escarpment between Albion Park and Robertson. God I love that road at night - the serpentine nature of it, all that Top Gear adrenalin, a chance of spying a small wallaby or a sooty owl feeding by the roadside, the smell of Eden, that stretched buzz of crickets as you zip past them, Spring's full moon climbing up the escarpment with you, trees like fortresses... 2 people I spoke to yesterday used the adjective 'scary' in association with Macquarie Pass. The Pass adrenalises you, tests you, keeps you focused, asks you to respect it, brings you closer to divinity. LJ, November 1 2012.
Posted by Lorne Johnson at 3:04 PM No comments:

Rabbit, a new poetry mag rooted in Melbourne, has just accepted 2 poems of mine for their Age issue due out in November. Big thanks to Bonny Cassidy, Rabbit's guest ed. for taking my submissions. Both poems are about various students I've taught over the years and what they've brought to our world. Rabbit is the fourth publication to accept my work this year. I feel blessed.

Coles has just announced it's ceasing the sale of branded pork, ham and bacon from pigs confined in cramped stalls, as well as company branded cage eggs, come January 2013. Animals Australia is launching a huge campaign to ban the practice of factory farming. Bless 'em both.

A committed vegetarian, I haven't eaten red meat or poultry for some eighteen years.

Diggin' Closer (finally a dance track featuring an impression of those immortal five notes from Close Encounters) and The Veldt (very Chicane) from the new deadmau5 album. I'd love to see them performed live. In a recent interview in Rolling Stone, the man who is deadmau5 came across as a spoilt brat with nothing much to communicate. He's onto something with all the Tron aesthetics and the Mickey Mouse in Heaven or Hell helmet though. 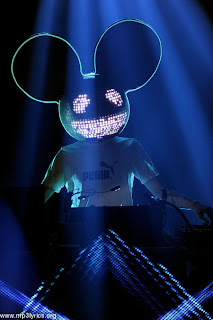 FROM UMBRIA WITH LOVE

Here is my first review of a poetry collection. I hope it reads well.

Savvy and contemporary new Sydney-based publishers Pitt Street Poetry recently brought to the world Tim Cumming's new collection Etruscan Miniatures in a stylish, eye-catching and easily-portable volume that may well define the future size of chapbooks. It also retails for a very affordable $10 through the PSP website. Tim, who was brought up in the west country of England, has written six poetry collections prior to this.

The twelve poems within Etruscan Minatures celebrate Tim's recent stay in a luxury hotel in Orvieto, Umbria, Italy, yet the poems don't examine little shampoo bottles, Egyptian bed linen, buffet breakfasts and how attentive the hotel staff were. Tim turns from first world luxuries and the insubstantial, to face the cosmos, the importance of friends, fish bones in limestone, time and... David Bowie. It takes several rereads of the poems to soak up the intention and layers of Tim's concept. And then you need to reread once more. I'm not sure if this then equates to 'successful' work.

Form seems not to be hugely important to Tim. You will not find concrete poems or haiku here. He is more interested in unearthing the great rush of Italian experience in free verse, as if we are in that Umbrian hotel pool, having gallons of white wine poured on us or staring at nearby tufa columns during a tempest (these tufa accompany the poems in paintings composed by Tim). Full stops appear to be his enemy. The effect of this word-rush is enthralling, yet exasperating. Surface Depth is a case in point, a ten line sentence using a Beat Generation expressiveness:

Claire praised raindrops exploding
on the surface of the pool, plunging in
deep to life beyond reason, describing
the colours of impact and submission
pinning them plain to a wall in a fifth
floor apartment, no balcony, in Budapest...

In this excerpt from the poem, we have Claire (?) drinking in raindrops and colour, but it all seems forced, ambiguous. I was left wondering what the point was. The phrase raindrops exploding seemed overwritten. How does one pin colour to a wall? And what are the colours of impact? I can only think black and blue and red! Maybe, I just needed to accept this flow and go with it, rather than break it apart, try to dissect it.

Tim does description and imagery expertly (98% of the time). In this collection we have children dancing as if they were antlered (I envisioned something vivid from Dr Seuss or Where The Wild Things Are)... a blurred fire of generosity... a lighter trailing a flare of gold over moonbulbs of garlic... frescoed selves on the slope through the trees... he strode out of the woods with Saturn in his mountainous hands...  Toscano grapes, cool conductors of white lightning... we're staring up at Umbrian night sky watching fast stars stir the drunken cranium... dream lyricism, stuff of the Romantics.

However, I did feel smiling watermelon was the wrong description for a watermelon carried up a hill and not yet sliced, in Watermelon. As much as I could, I couldn't go with this image and battled with the personification. The watermelon was cut up and eaten later: perhaps it was joyous at the news it could fulfil human hunger... Perhaps, I've lost the plot, encountered a 'pip-fall'.

Etruscan Miniatures finishes with the piece Exposure featuring a Roman frieze showcasing the sexy buttocks of a centurion in its final lines. This centurion is turning against the writhing of the sun. I'm not sure why? Is the sun overbearing, something that will overexpose us? Why does the centurion have a problem with the sun? Although an unexpected, naturalistic image, the sexy buttocks had me perplexed, and unsure how to react to the poem as a whole. Was this bathos cum humour Tim was ending things with, some statement on our naked selves? It felt unnecessarily camp, twee, oddball. There were other more potent images in Etruscan Miniatures Tim could've left the reader.

Overall, Cumming's writing is polychromatic, built for a widescreen, heady, ambitious, memorable in part, heavy-handed, confusing. As soon as I finished my first reading, I Googled the Umbrian hotel and landscape depicted and instantly wanted to spend a week off where Tim had holidayed - that's got to say something.

I very much look forward to Pitt Street Poetry's next venture. They are publishing challenging works.

Our Feral Prince, a poem I put together speedily on the late great Aussie artist Adam Cullen, is about to be published in the final addition of Tasmanian-based journal Famous Reporter. My thanks to Michael Sharkey, guest editor, for selecting my work.

I'm proud of the poem, which reads like prose, and tries to be as vibrant and multi-faceted as Cullen's immortal work. Andre de Borde, co-owner of Gallery Ecosse at Exeter, NSW and good mate of mine, read the poem before I sent it off to FR. Andre was close to Adam. He thought Adam would've liked the piece very much.

I never spoke with Adam. I wish I had.

DYSFUNCTION HAS NEVER BEEN MORE HILARIOUS

I saw Private Lives last Sunday afternoon at the Belvoir. It was pithy, cerebral and anarchic - dysfunction has never been more hilarious. Watching the audience cringe, roar and look horrified, was most amusing. Toby Schmitz owned the stage from start to finish. His performance had so much scope. He did everything with apparent ease. I'm very keen to see Toby take on Hamlet's antic disposition in 2013.

On another note, 4 members of Bell Shakespeare's team visited work midway through last term. The Yr 10s were glued. The large Islander chap who played Macbeth was so mesmerizing he had many kids looking behind themselves for his air drawn dagger. Now that's a performance.

THE ARCHITECTURE OF BRAIDWOOD, NSW 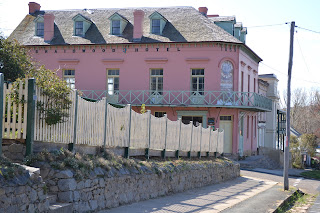 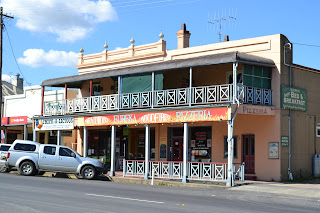 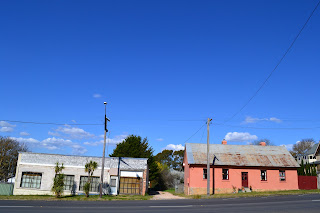 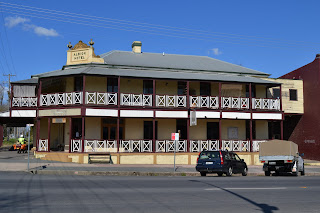 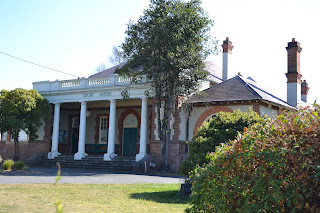 Posted by Lorne Johnson at 11:27 PM No comments: 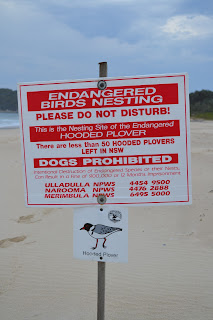 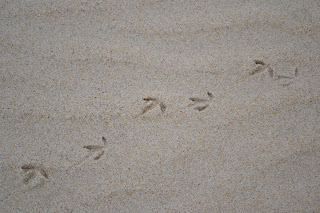 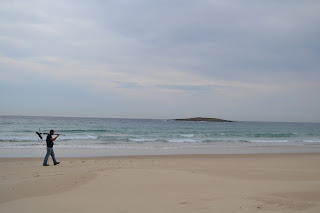 Posted by Lorne Johnson at 11:14 PM No comments:

Posted by Lorne Johnson at 11:08 PM No comments: